Here are a few images from Artists from the Royal Botanic Gardens, Kew, a 1974 exhibition catalog of botanical illustration.  I’ll be honest.  In another era, not that long ago, I’d have found this book of black and white portraits and botanical plates a bit of a snooze.  But . . . 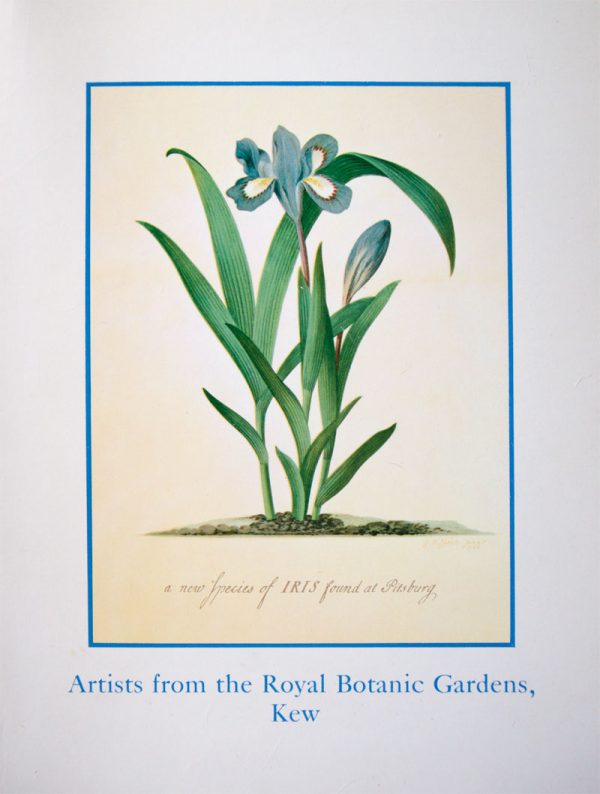 “Artists from the Royal Botanic Gardens, Kew” published in 1974 by the Hunt Institute for Botanical Documentation presents the work of 39 artists “whose work and lives span the period from the beginnings of Kew to the present.”

Today I’m finding the Hunt Institute’s effort charming because its portraits of artists – visual and written – suggest a care for art and the humanities that is in short supply these days.

M.C. Cooke’s early interest in botany derived from his mother, with whom he spent many hours collecting flowers.  An early interest in botany did not turn toward a specialization in fungi until 1847.  Before gaining recognition as a mycologist, he had served as an assistant in a drapery firm, taught for some time in a national school, and was a lawyers clerk.  In 1861, he became an assistant in the India Museum.  In 1880, the museum was dissolved and the collections were sent to the Royal Gardens at Kew . . . 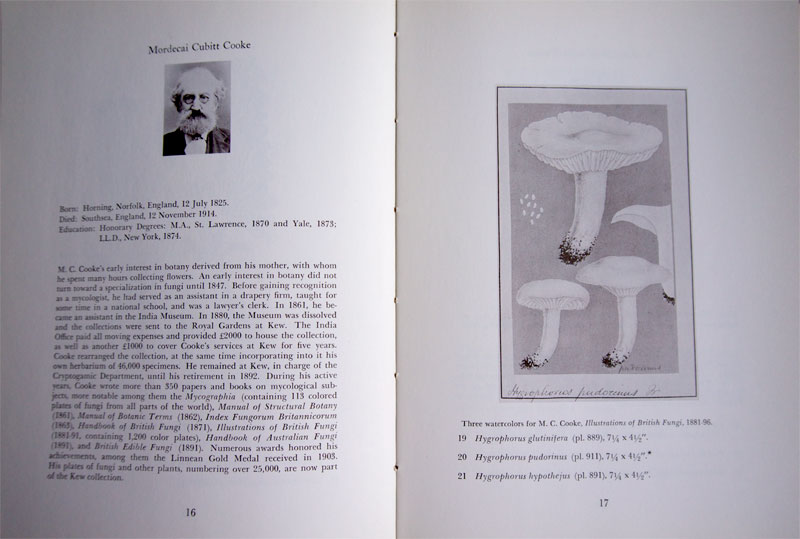 Here’s another profile, short but sweet, about Victoria Gordon.  “Her media, in order of preference, include pencil, water color, oil, and pen and ink.” 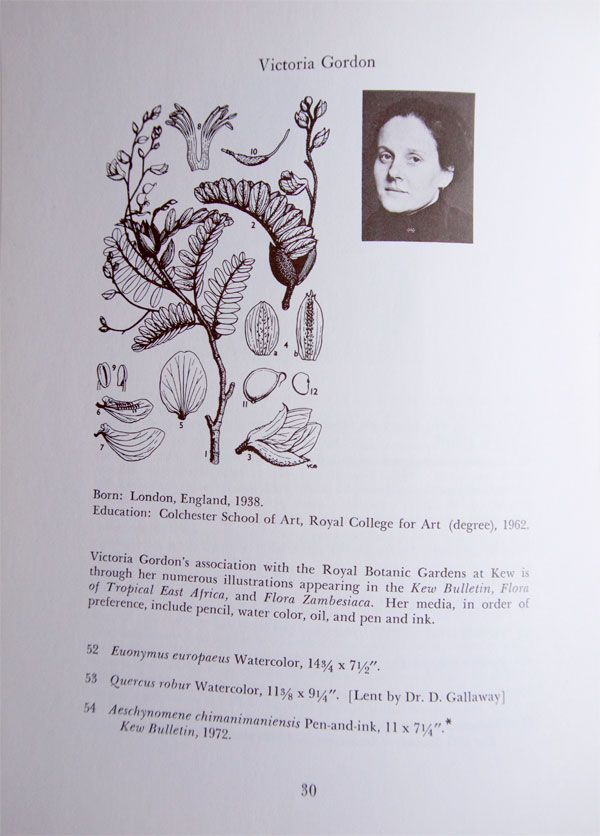 But my favorite image is this dust jacket design by John Hutchinson, below.  Jumbled, asymmetric compositions almost always appeal to me.  But it’s the nugget of white space at the top of the page that makes the whole piece sing.

Dr. Hutchinson served the Royal Botanic Gardens from 1907 until his retirement in 1948.  Initially an apprentice, in 1936 he ws appointed Keeper of the Musuem of Botany.  His reputation as a botanist, monographer of the genus Rhododendron, and a specialist on African flora is international . . . 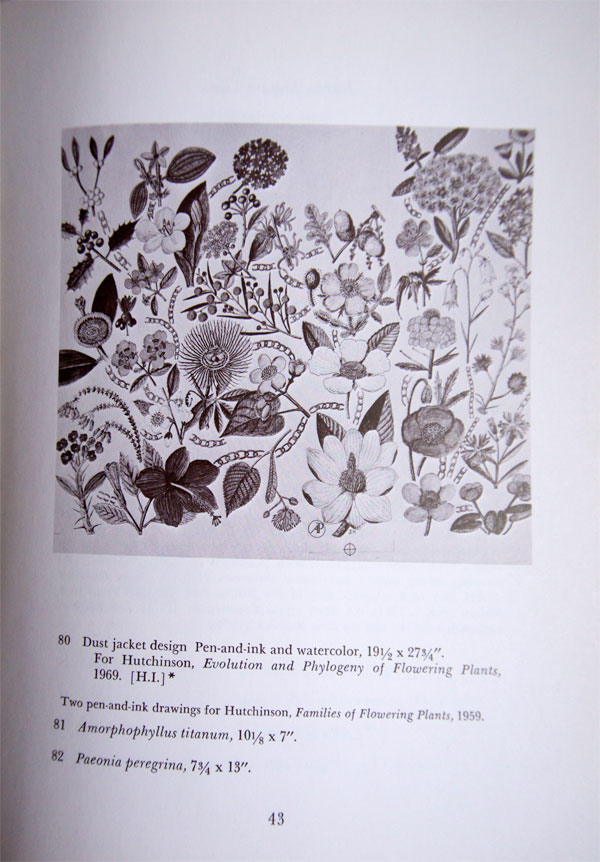 Chaotic times call for calm enjoyment.  I’m hooked on Gilmore Girls this week, in part because of this bit on This American Life, Just What I Wanted, and am finding it just my speed.

How about you?  What are you enjoying these days?

Like many artists, I make ends meet doing a variety of things.  The goal for me (and it’s an elusive one) is to balance income with studio time.  Since I prefer setting my own hours as opposed to logging time at an away-from-home, away-from-studio workplace each day, freelance work that I can do at my own pace works for me.  It doesn’t work for everyone.  Some people prefer a more regular gig outside the home with set hours.  Or something more social.  The key is to know yourself enough to know what works best for you.

Anyway, I’m happy to announce I’ve added a new freelance gig to my mix, writing about bees for the bimonthly mag, Countryside & Small Stock Journal.  My first piece about honey and veganism, July/August 2016, is out now.  So far I’m enjoying the writing and believe it’s added something, a different energy and style of thinking, to what I do in the studio.  I see it as a complementary as opposed to a draggy gig. 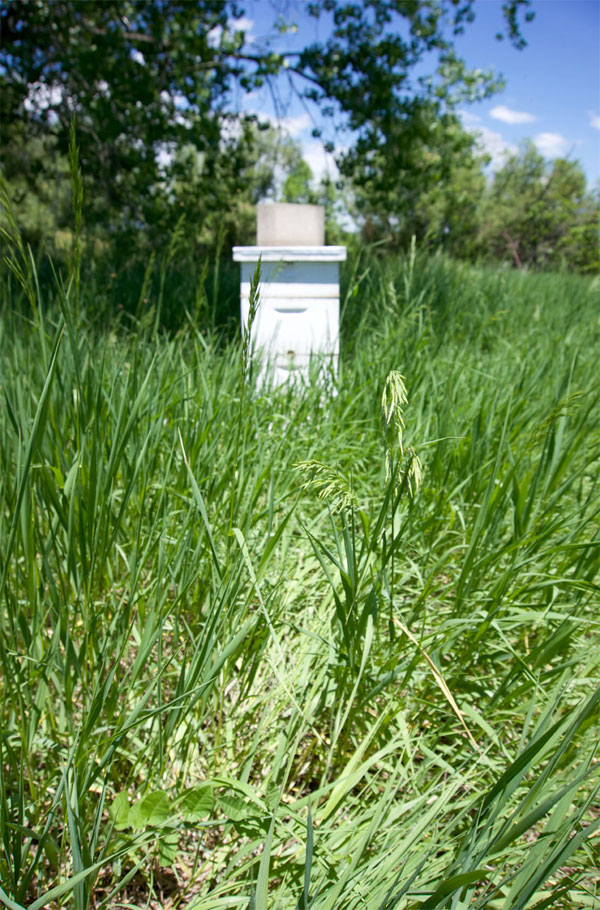 It was my recent pleasure to host a holiday supper for two artist friends whose company I adore. Our thing, when we get together, is to assemble a snacky feast that very often centers on soup.  This particular gathering called for something festive that honored the season but that was also hearty and casual. Dream of Carrot hit the right notes.  Its bright yellow color is cheerful and the addition of peanut butter adds a hearty/umami flavor that defies expectations. 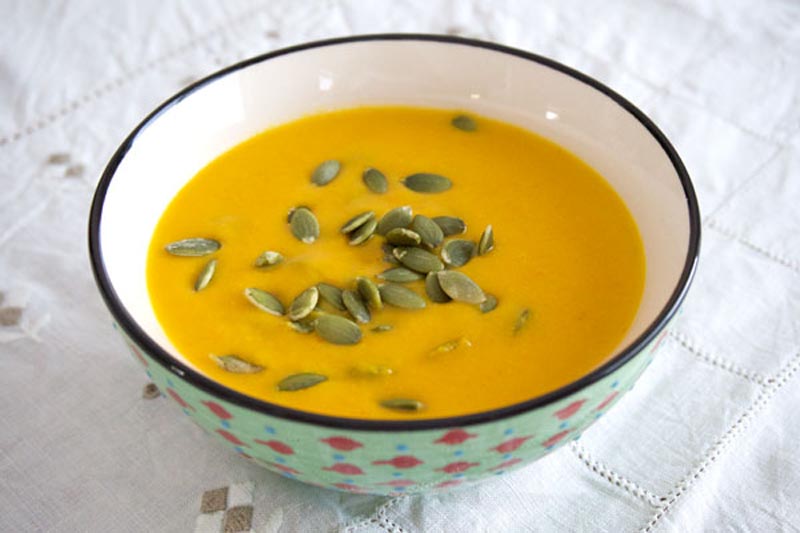 Adapted from a Daily Camera recipe I clipped years ago.  Author unknown.

3.5 cups of chicken stock or water

Warm olive oil in a large soup or stock pot over medium heat.  Add the onions, ginger and spices and sauté until soft.

Add salt and stock (or water if you’re cooking for vegans), carrots and potatoes and bring to a boil.  Reduce heat and simmer until everything is very soft, about 25 minutes.

Remove from heat.  Stir in honey and peanut butter while soup is still warm.

Wait for the soup to cool to a safe blending temperature before transferring in batches to a blender or food processor.  Blend until smooth. 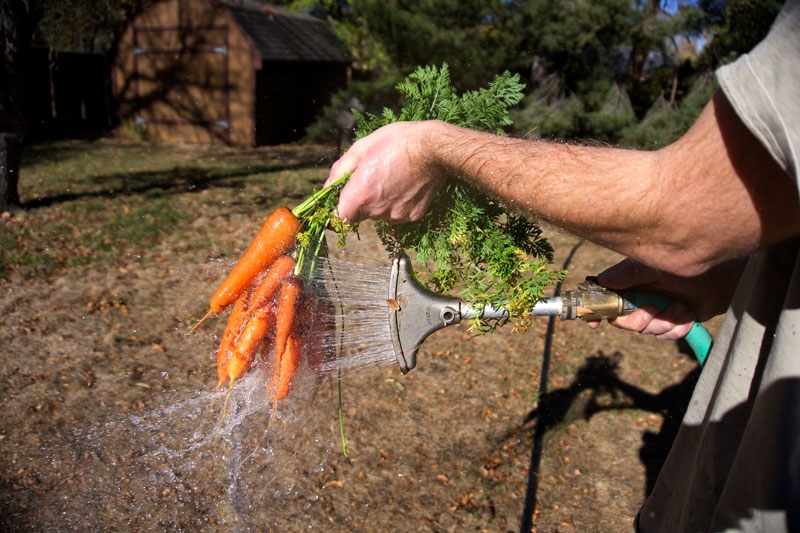 A fistful of Kuroda carrots enduring their first rinse, October 2015

For winter walks I love this trail that loops around the National Center for Atmospheric Reseach (NCAR) in Boulder, Colorado. Too rattlesnakey in summer, in winter it’s perfect: easy to get to, lots to see, and short enough to manage with our dog (loves a hike/hates the cold) on a darkening afternoon. 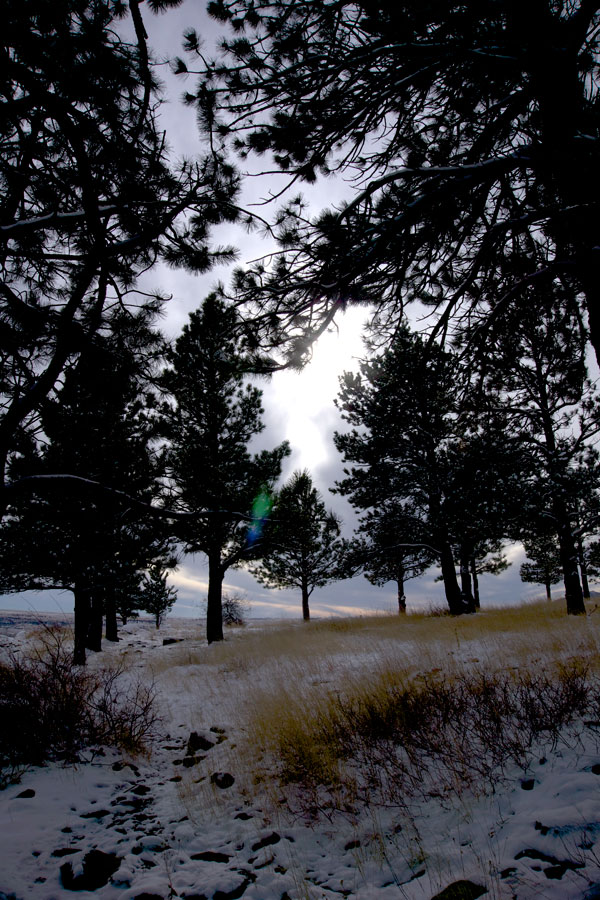 I walk to think. 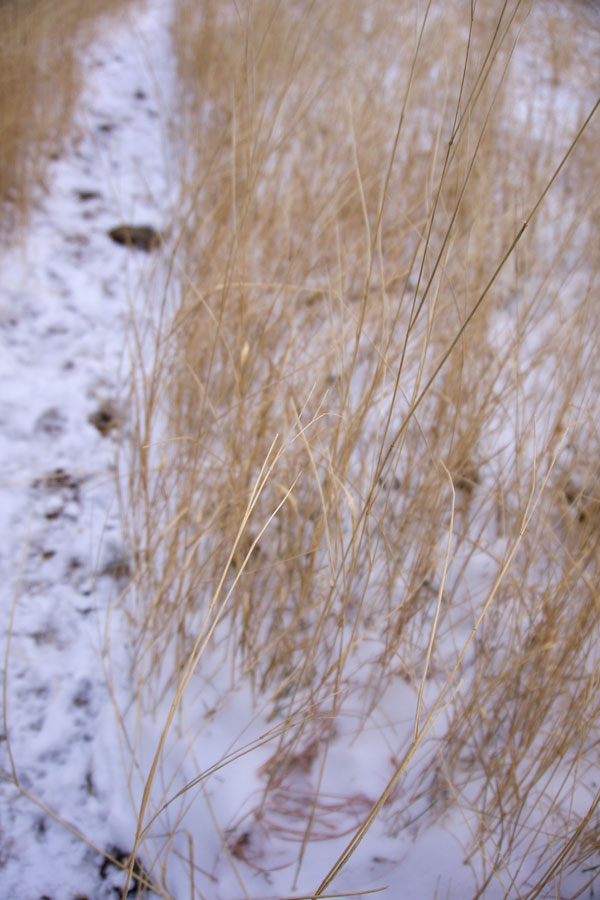 And to take a break. 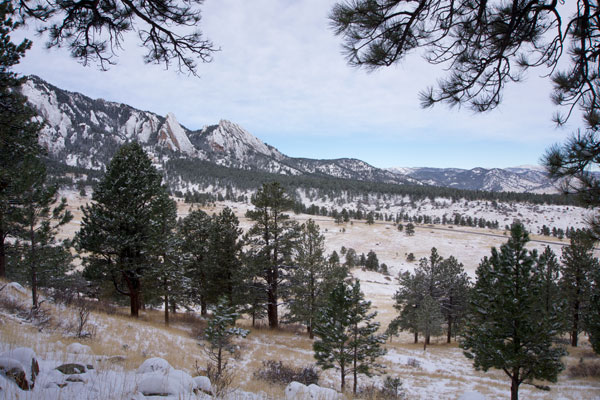 The view looking northwest from NCAR in Boulder, Colorado