Betsy Gill is a painter and maker of found object art pieces.  She has a knack for producing interesting and cohesive shows of her own work in alternative spaces.  Her current show, Reclaiming Orange, is on view by appointment at her studio in downtown Boulder, Colorado.  Betsy chatted with me about Reclaiming Orange and the self-produced art show last week. What follows is a little of what she had to say. 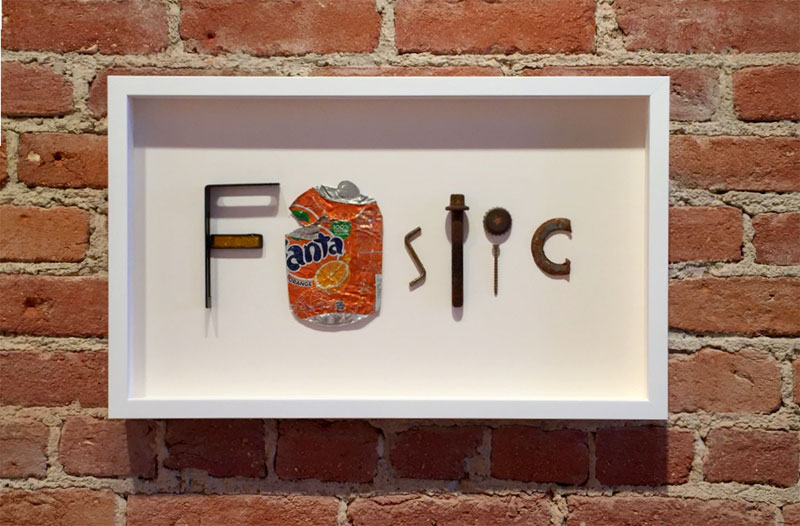 What is Reclaiming Orange?  How did your idea for this show come about and evolve?

I was contemplating the idea of a show based on the color orange and thinking it would be fun to create what I saw as a 3-dimensional collage of orange in my studio. I realized, in light of current events, there were some negative associations with orange, but didn’t want that to deter me. Thus, the title Reclaiming Orange was born and I decided to donate a portion of sales to Boulder Valley Women’s Health Center and Planned Parenthood. 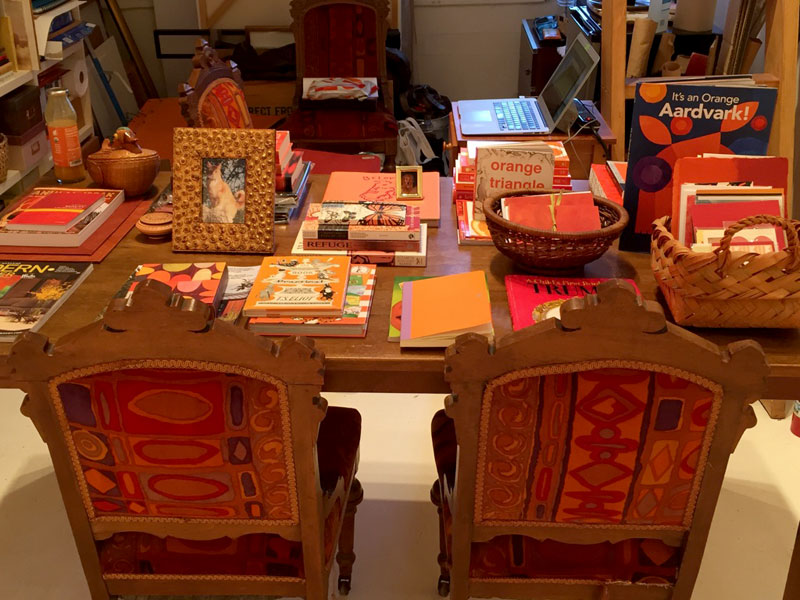 My starting point was a couple of large orange canvas paintings and found art I had already done. I then created a new collection of found art pieces with the theme in mind and started collecting anything I had that was orange — cards, books, furniture, accessories, etc.  A friend described it as “your life in orange.” 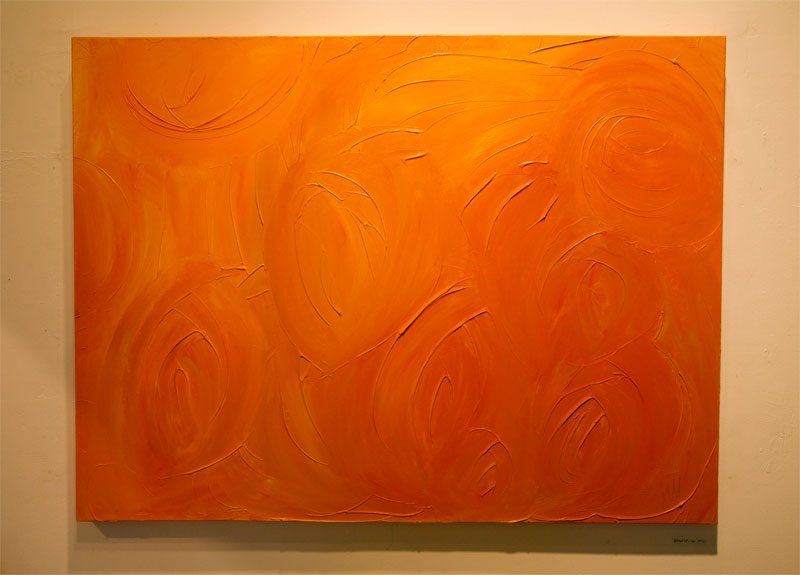 What does the color orange represent to you?

The color orange represents vibrancy, vitality, creativity and passion to me, all of which I feel are especially important now. The show was a way to celebrate all those things in community with others. I also created an interactive art project on one wall in the studio where people could write what orange means to them. 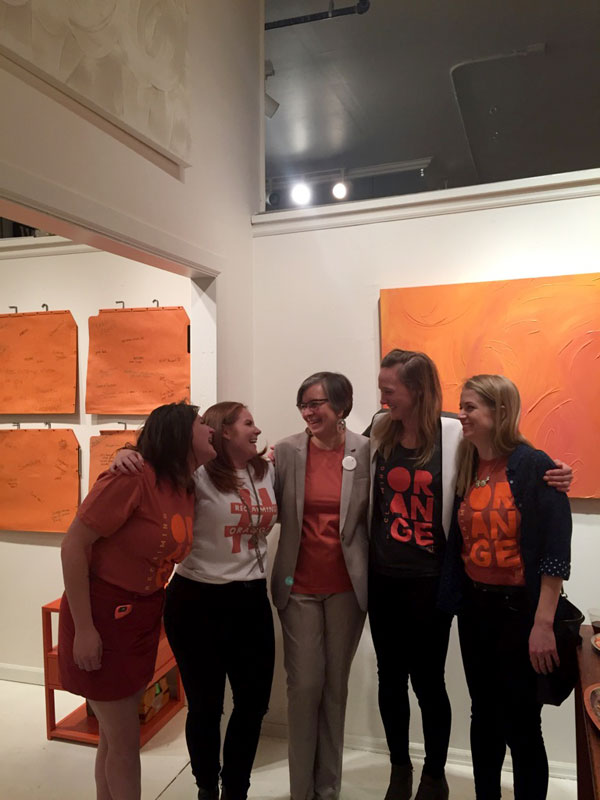 You had a terrific crowd at your opening.  What are some of the things you did to market the show?

I’ve built a mailing list over many years of people who’ve been to my shows in the past and/or expressed an interest in my work who I sent postcards to. I also have an email list I sent the show announcement to. I am new to using social media, so for the first time created an event on Facebook. 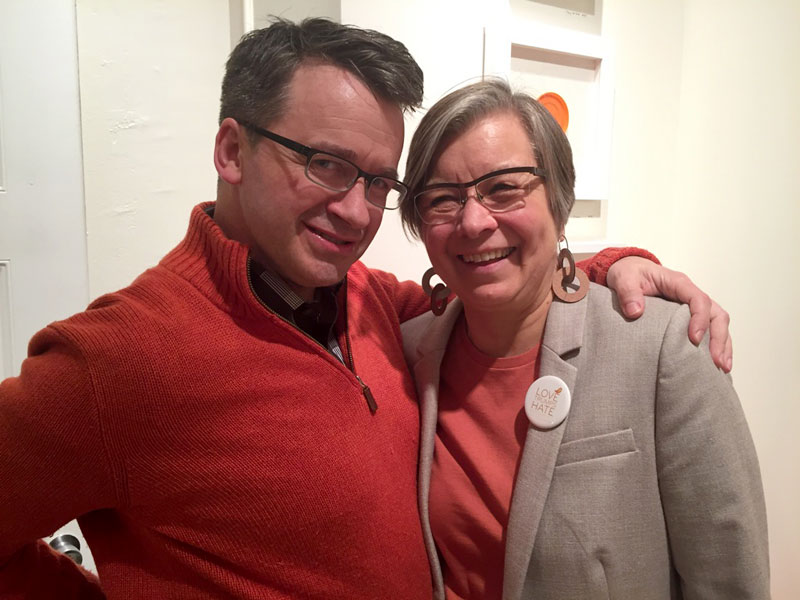 What is the best thing and the worst thing about producing a show of your own work?

The best thing about producing a show of my own work is being able to shape it and bring it to fruition in the way I envision. The hard part is being responsible for every aspect of it — creating the work itself, hanging the show, planning and implementing the marketing, hosting the reception — all of which take time and money. 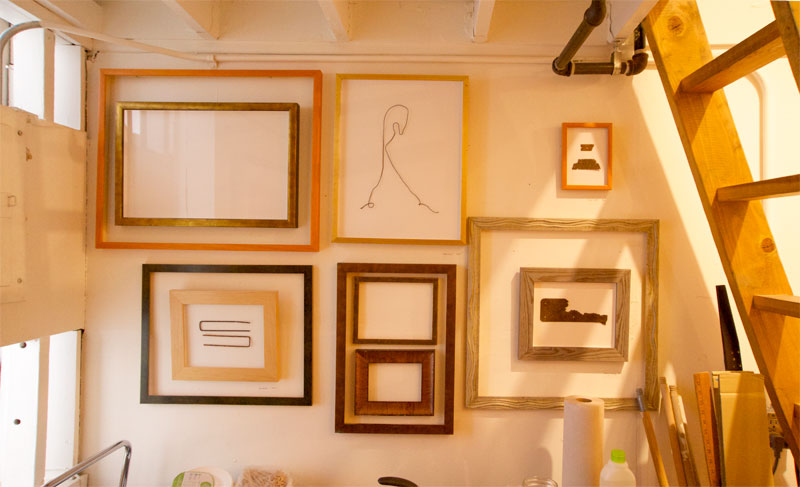 An underloft arrangement of found object pieces and frames at Betsy Gill’s studio in Boulder, Colorado 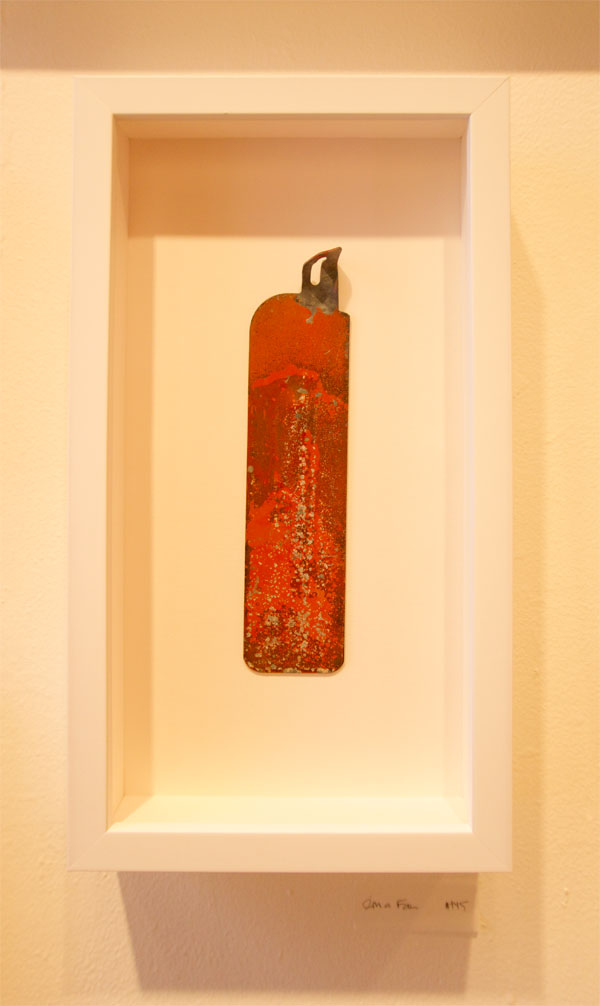 What advice do you have for artists seeking to self-produce a show in an alternative space?

A lot of work goes into something that may be limited to a short span of time and a limited audience. I hope to extend the reach of the show through social media. 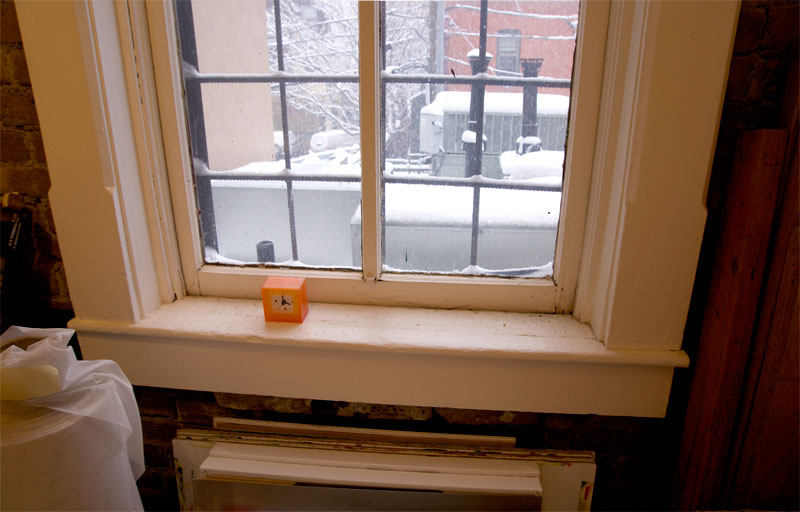